After the two world wars even the relatively rich choice in beer-styles of the 19th century had disappeared and the big industrial Dutch brewer Grolsch came with the slogan ‘Vakmanschap is meesterschap’ that translates into something like ‘Craftsmanship is mastery’. A connection was suggested between their operation and ‘the special method of master-brewer Peter Cuyper (anno 1677)’ in a famous and long-lasting campaign in the nineteen-sixties (1). A remarkable contrast was developed between industrial brewing of pilsner and the lost crafts and guilds.

Brewing compared to other crafts like etching and fine art (1966).

The end of craft
Guilds and crafts had started to fade away in the 18th century under influence of the Enlightenment. The system of masters and apprentices did not seem to fit with the freedom of people and their ideas and concepts like free trade. Last blow was dealt by the French Revolution and the idea of liberté, égalité, fraternité that didn’t seem to go well with the old system.

Unfortunately this also meant the virtual end of the largely practical knowledge about brewing beer that had existed over centuries. Quite notable is the lack of knowledge in the few Dutch books about brewing in this timeframe. This knowledge had certainly existed but had seldom been written down. And 19th century circumstances in industrial brewing with its right-less and underpaid labourforce didn't turn out all that 'enlightened' too (2).

In the past last few years we learned a lot more about a whole series of 14 - 17th century beer-styles and techniques, in part still mysterious, some have emerged again, like ‘dry-hopping’. A very good source came with the finding of a late 17th century brewers notebook by master-brewer Melchior Mels of Dordrecht. He could have represented the brewer in the old Grolsch advertisements. Mels made many kinds an different qualities of beer, invited guest-brewers and took good notice of the results. The best brews got remarks like the latin ‘probatus est’: tried & approved.

The long road back
Beer brewing had to be learned all anew in 19th century the Netherlands that also encompassed Belgium at first but was lead by foreign powers. Quality was as poor as the people that drank the beer. The many styles and names did not mean a whole lot anymore and should largely be regarded as marketing. Heineken thought it better to get someone from Bavaria as over there was more relevant brewing knowledge. The advertisement below is characteristic of the period after the second world war; women talking about their mens beer over a cup of coffee. The Dutch Amstel brand came with a similar campaign in the nineteen-sixties (3).

Now we are in a transitional phase and ‘craft’ has lost most of its meaning. Knowledge of all aspects of brewing has not yet been restored. For instance malt is ordered wholesale without knowing anything about it. You can’t, because silently it is understood to be different mixtures of grains bought from all over the world.

If one compares this practice with authentic winemaking, the difference really stands out. A wine producer who doesn’t know what kind of grapes are in his wine would really not be taken seriously. In beer brewing there is another set of rules and also ’terroir’ will not easily be found in brewing although this is changing slowly. 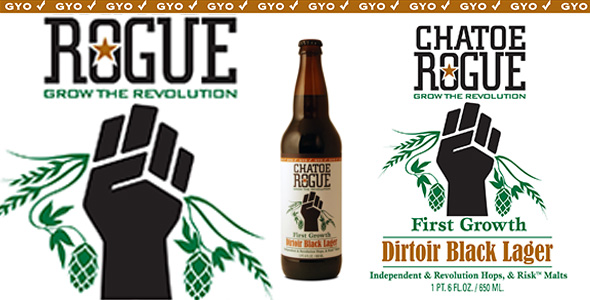 No terroir but dirtoir at Rogue: grow the revolution

Very gently things are shifting by the modern craft-beer movement and micro-maltings with the specific barley-type ‘Maris Otter’ for instance. There is still a long road ahead before the ‘craft’ label is genuine once again. Knowledge of the past can help in the process because it will not only show the defects, but also some of todays chances (4).

The trend and direction is that of increasing biodiversity, authenticity and taste (5). The big players in the industry know that very well and AB INBEV acquires the American craft label Goose Island and wants to sell the before mentioned Dutch Grolsch. Innovation will as allways come from the bottom, homebrewers and small companies and projects. In the future I’m convinced we’re going to taste some very special beers.

(1a)
Vakmanschap is meesterschap
[Craftsmanship is mastery]
De Tijd Maasbode
1960 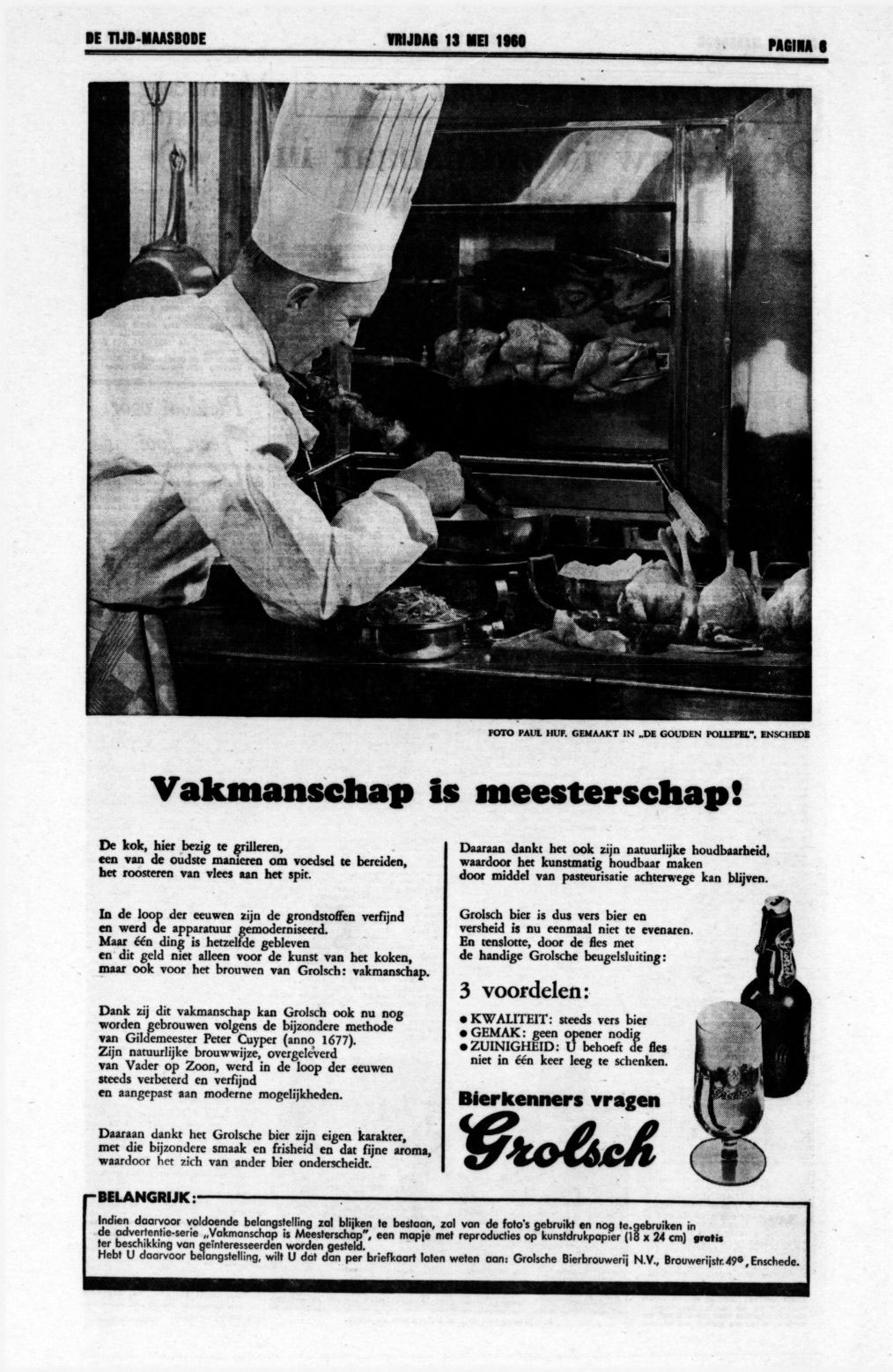 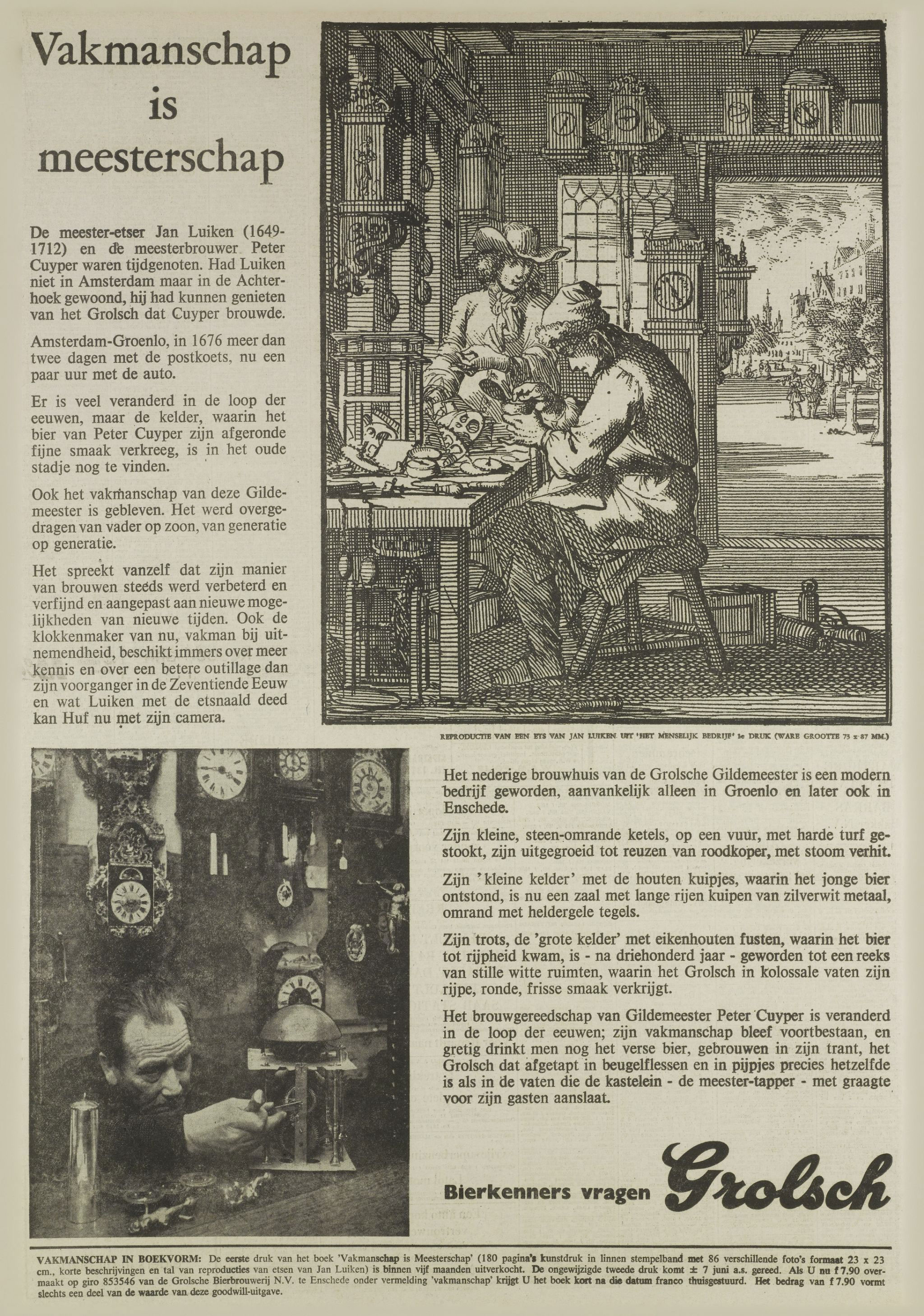 The quenching is ready at first, Where is grieving thirst?

As thirst and drink both meet,
Its bitter is the source of sweet:
O Soul! the wanting and the giving,
Your thirst, and life’s springfountain,
Will timeless refreshment be;
This wealthy comfort, I'm seekin’ such a living. 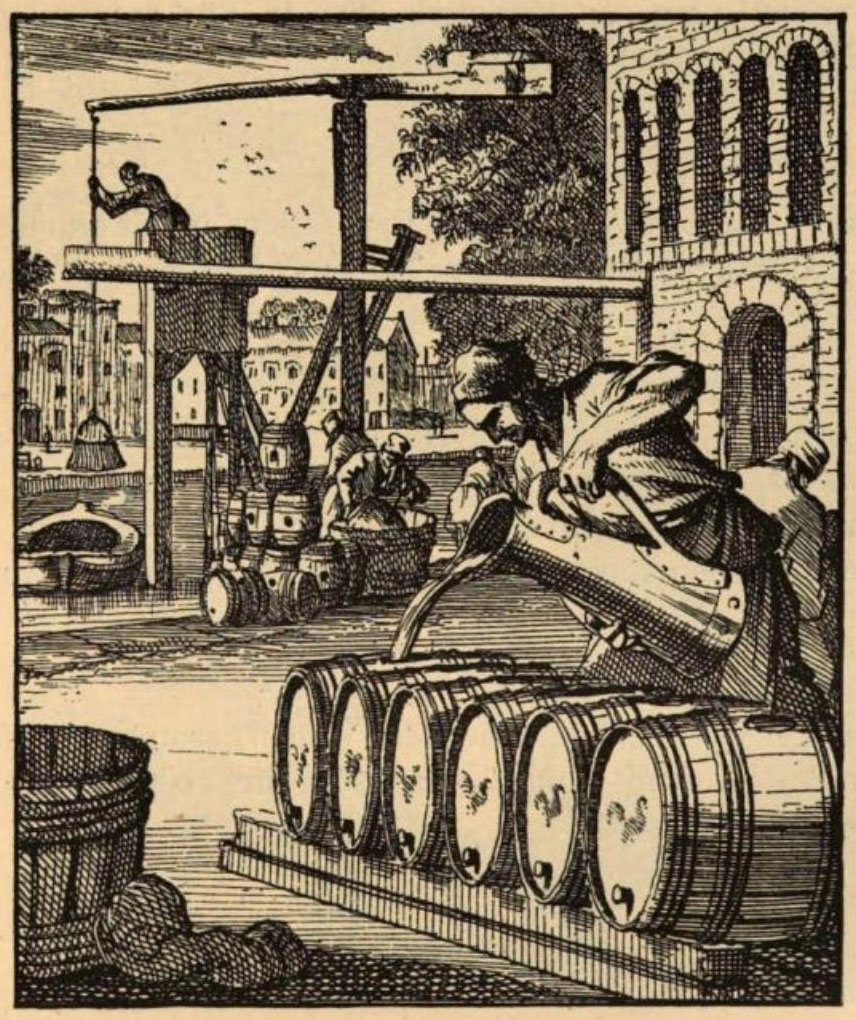 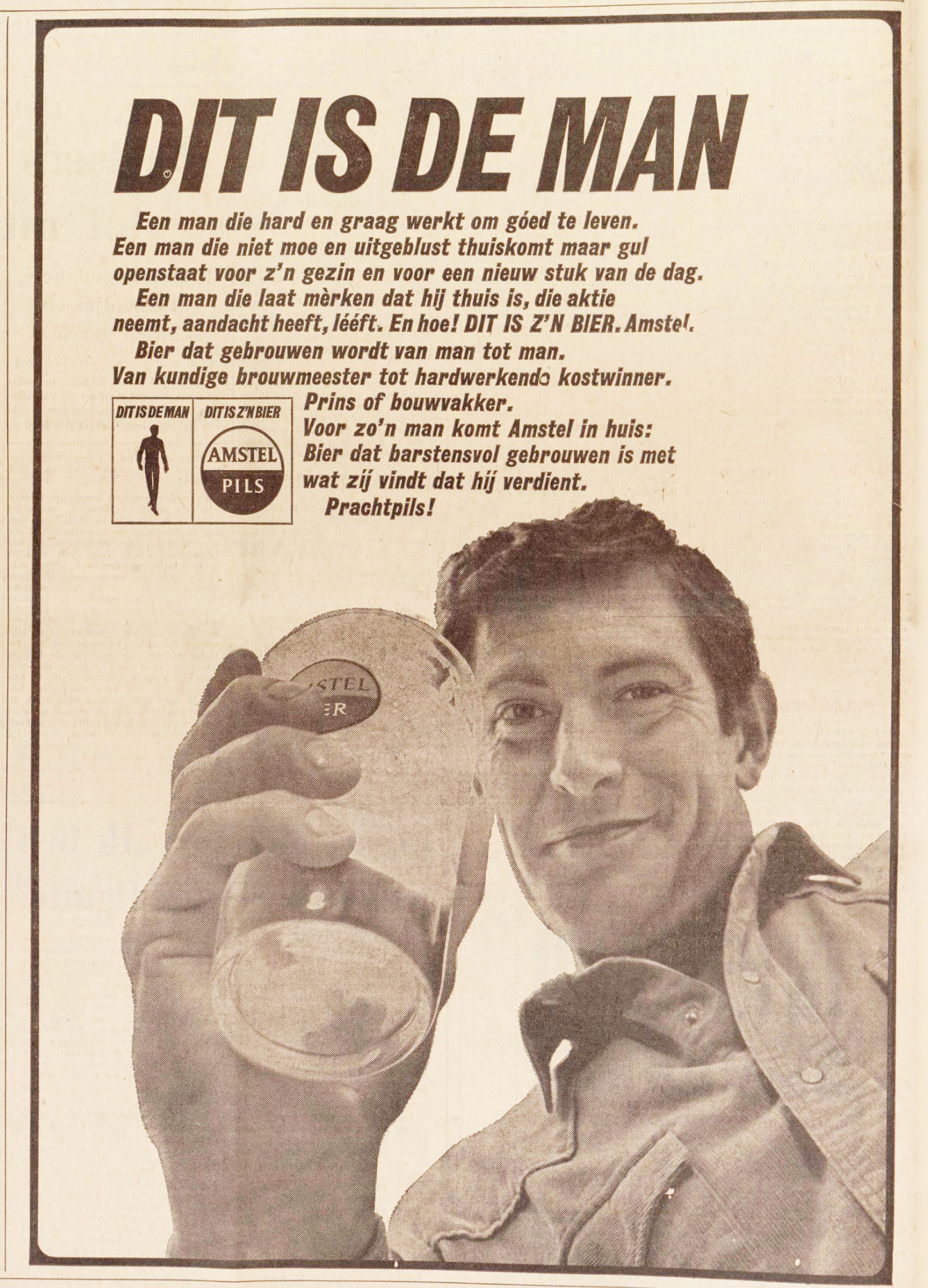 Join us for a memorable weekend of beer and history. Since earliest times, humans have consumed some version of beer. As civilization progressed, so did brewing.  Ales through the Ages offers a journey through the history of beer with some of the world’s top beer scholars.  We will explore ancient ales and indigenous beers of the past, examine the origins and consequences of industrial brewing, discover the ingredients brewers have used through time, and share a toast to brewers past!

Speakers include beer writers Randy Mosher, Martyn Cornell, and Stan Hieronymus, beer scientist Karen Fortmann of White Labs, and brewmaster Mitch Steele of Stone Brewing Company, and a number of other experts and scholars. Don’t miss your chance to have a glass from the past!

psst: Frederik Ruis is also on the speakers list!

Ales through the Ages 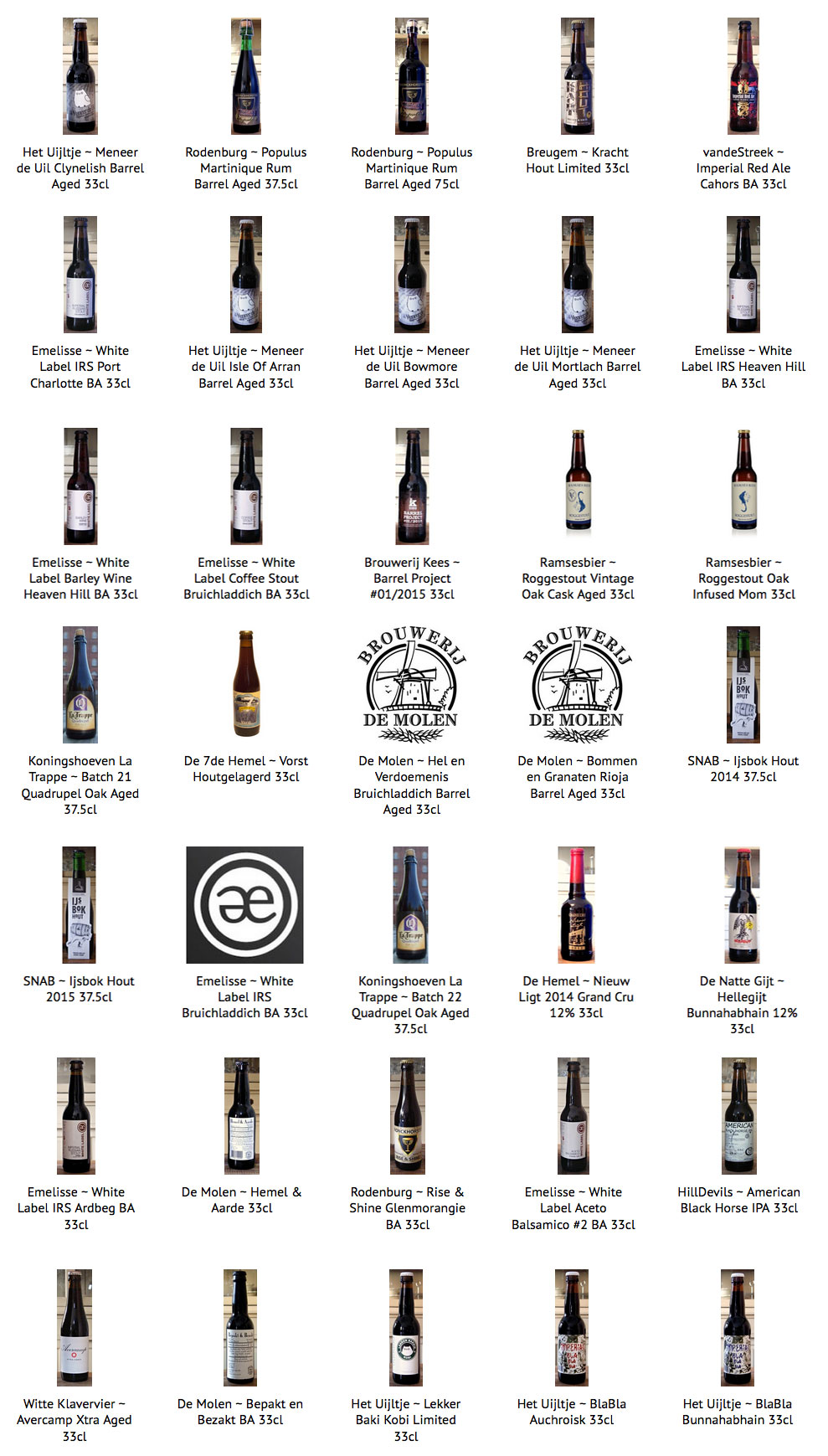