Myth: India Pale Ale was developed to survive the long journey to India

The first IPA was made somewhere in the years before 1829. Established fact is that for a very long time several kinds of beer could survive this trip. The first IPA's were marketed with funny health claims as one can see in the advertisements in 'The Lancet' of 1844 below.

IPA not mentioned
In The East India Vade-Mecum (1) of 1810 we can read the following:
'Porter, pale-ale and table-beer of great strength, are often drank after meals: all these are found in the utmost perfection, for indifferent malt-liquors do not stand the voyage; and, even should they arrive in a sound state, would meet no sale'(1).
Not only is this text from some decades before the IPA, it also conjures up a picture of gentlemen wondering about what beer would fit the occasion (and very rightly so).

Doctor's stuff
Somewhat later in 'The theory and practice of brewing illustrated' (2), we read the following:
'has induced brewers to prepare an article that may be exclusively appropriated to domestic consumption, and yet retain the name of East India Pale Ale'...
'Thus the brewer has become a legalised vender of 'doctor's stuff', and vies with the apothecary in 'getting up' the prescriptions of physicians 'according to order.'
A bigger contrast with more than two centuries before is hardly possible.

Durable beer
The first beer really made to last the long journey to India probably came from even before the Dutch VOC travels east at the exploring travels at the end of the 16th century. The captains of admiralty ships directly contracted brewers and were paid with funds of the admiralty. (3) In the beginning the beer was tax-free (4). Lots of room for innovative durable beer. There were several kinds, at the beginning of the journey one could drink freely from the ships beer on deck, but there was also 'heavy' and 'good' beer for those higher in rank. 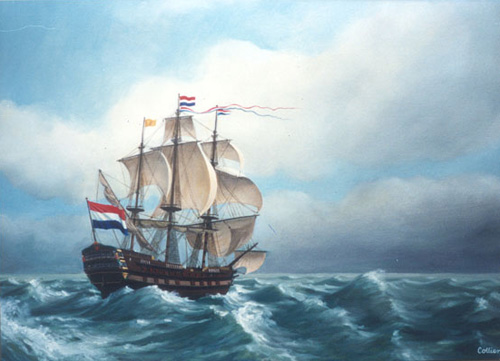 Amsterdam beer
De Witte Haan brewery (1610) was an important supplier of beer for the Dutch East India Company (VOC). They made several kinds of beer, for consumption onboard as well as for sale in the colonies. From 1677 onwards we have data on 'Haantjes beer' together with other, older beer-styles like Liege beer on sale in the East (5). Not only long before India Pale Ale, but also before Porter. In the last years of the VOC the special demands of India on beer were still mentioned in their books (6).

Princessbeer
In 1734 a new Amsterdam brewery 'de Gekroonde Valk' or the 'Crowned Falcon' starts with a special focus on ships- and export beer. One year earlier the brewery was licensed (7) and after some time the new beer also gets a name: 'the brewing of Princess-Beer for the East and other colonies'. The brewer David van den Bosch is successful with his enterprise and we see the beer sold in the colonies. With this relative newcomer we're still well before the rise of IPA.

Marketing
India Pale Ale came to the market when for many decades there were several kinds of beer available 'in the utmost perfection'. No need to make a special beer for that. Also the niche market for shipping to India was very limited (8+9) compared to the largest city and beer market in the world of those times. By referring to the romantic image of the long sea travels India Pale Ale could be hansomly sold at home in London.

p.515
'has induced brewers to prepare an article that may be exclusively appropriated to domestic consumption, and yet retain the name of East India Pale Ale'...
'Thus the brewer has become a legalised vender of 'doctor's stuff', and vies with the apothecary in 'getting up' the prescriptions of physicians 'according to order.'

p.168
'The 1602 patent states the VOC, like any other schipping company in the Republic, has to pay tax, as opposed to the exploring early companies that were free of taxation' 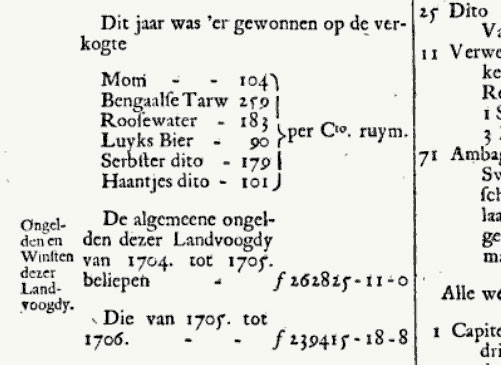 translated:
Dutch East India Company
Beer for the crew
Beer as merchandise
'All domestic and foreign, and Jopen beer, able to meet the demands of Indonesia. 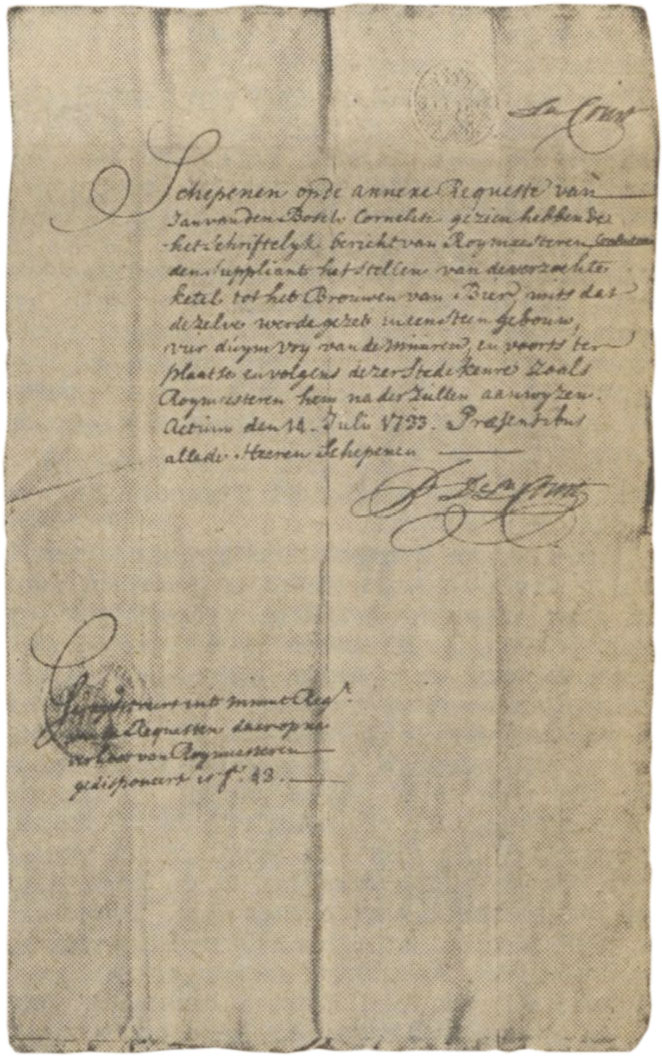 'Since the death of the brewer David van den Bosch'
'including the Brewing of Princess Beer for the East-Indies and other Colonies, as before'

[white Dutch Princess Beer, like there is in Amsterdam, Rotterdam and Alkmaar, being a kind of beer, able to be sent to the French Islands and the East- and West Indies, without the slightest alteration, as every lord Seaman knows] 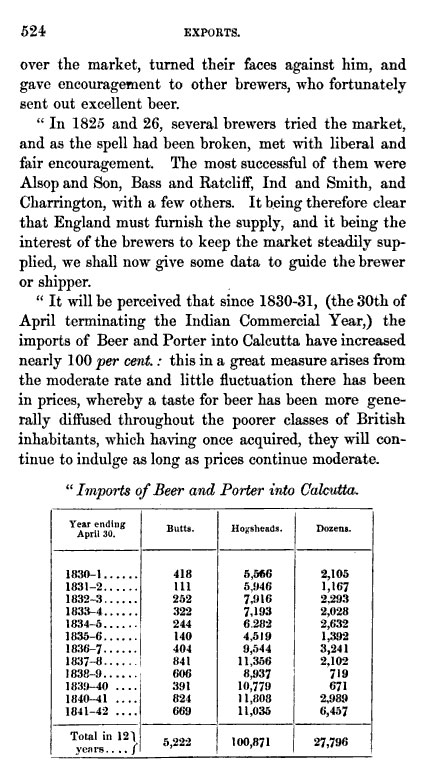 For some smaller brewers the India market was important enough. They called their beer sometimes India Ale. The full combination India Pale Ale is of a later date.
Peter Mathias refers to the administration of Barclays.